Into The Woods advertising

Has it really been over 7 months since I've written in this blog?  Wow, time goes by fast.

Anyway, the ads for the movie *musical* Into the Woods are really annoying me.  Are they trying to make people *go* to this movie, or drive them away?

It's a MUSICAL, for God's sake.  Why not show a musical number, instead of editing things so that there is no singing at all?

I'm also puzzled by the inclusion of Johnny Depp as the Wolf. One of the key parts of the play is that the Wolf and Prince Charming are played by the same actor - because Charming *is* a wolf - going after and seducing every woman he sees.

So it seems like Depp was just cast for "star value" - as if Meryl Streep and Chis Pine weren't good enough for that?
Posted by Barbara Peterson at 8:13 AM No comments:

Can we get some non post-apocalyptic TV shows, please?

I'm so tired of the current trend in TV shows  - tweeners who come down from a space station to repopulate the Earth, blah.  Vampire diaries, blah. Under the Dome and The Last ship, blah.

Let's have some cheerfulness, for god's sake!
Posted by Barbara Peterson at 1:14 PM No comments:

I became interested in bees a few years ago, after seeing Jerry Seinfeld’s animated film The Bee Movie.  I liked the beginning of that movie, but the ending sucked, I have to say! But I decided to do some research into bees after seeing the film and found out that it had played fast and loose with the truth. Male bees – the “pollen jocks” according to the movie, do NOT go out of the hive. They are drones – they serve the queen. It is the female bees who go out and pollinate the plants!

The movie also brought to the forefront the fact that honey bees are dying off in record numbers and no one knows why...that’s still going on today. Kind of scary.

Anyway, if you are interested in beeswax candles or beeswax pillar candles – check out this site. They’ve also got various skin care and bath and body products made from beeswax that you might be interested in.
Posted by Barbara Peterson at 1:12 PM No comments:

I came across that phrase today, when I was doing some research on using Facebook for business. I've got a websites that I want to boost...  It's kind of a misleading phrase if you're not familiar with how Facebook works - you might think people are talking about buying stock market shares in the company. That's not the case. What you're actually buying are likes.

So, if you have ever wondered, "Can I buy Facebook shares," why, yes, you can.

The more Facebook shares your business has, the more people who use Facebook are going to see it and be driven to your site - potentially at least.

To answer the question of Can I buy Facebook shares, check out this site that businesses can use to generate these Facebook shares for their website pages.

Posted by Barbara Peterson at 1:30 PM No comments:


I can't believe how many people invest $300 or more on an iPad, and then just carry it around casually in their purse, or just by their hand, and don't even have a cover on it, let alone a case!

Yes, the screen is designed to resist scratching and stuff, but c'mon people, let's get real.

At the very least you need a cover, but an iPad keyboard case or iPad portfolio case are really the ways to go - something that totally surrounds your iPad and prevents it from being damaged - because let's face it, "if something can go wrong, it will."  Better safe than sorry!

Take a look at these cases from icarryalls.

These are some sweet leather cases, and have room for a keyboard as well as the iPad itself. Yu can get an iPad keyboard case  or an iPad portfolio case. (And of course that's not all, browse their entire website to see what else they have on offer.
Posted by Barbara Peterson at 2:06 PM No comments:

I don't know if I want to see the new Godzilla movie or not. Frankly, I wish they'd do a movie based in the 1950s, and try to recreate the original!

That would be cool! 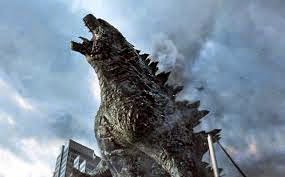 I talk about it in my Wyoming in Motion blog.

I knew the people in charge of the Alzheimer's First Annual Memory Lanes bowling tournament, but as I explain in the link above I wasn't going to participate in it.

Read all the news at the link above!

Posted by Barbara Peterson at 1:55 PM No comments:

The Space Art of Andrew Stewart

Way back in 2008 I put up a page at The Thunder Child webzine (thethunderchild.com) showcasing the outer space art of Nottingham UK artist Andrew Stewart.

I'm currently going through The Thunder Child and refurbishing all the pages, and I've started with Art and the first article I've done is The Space Art of Andrew Stewart.

Check it out. Lots of strange new worlds to explore there.
Posted by Barbara Peterson at 8:42 AM No comments:

Are we ready to talk cell phones?

I don't know that Star Trek can claim to have started the cell phone revolution - Dick Tracy had a wrist communicator in the 1930s comics... - I do know that one reason why I'm reluctant to go from a cell phone to a Smart phone is I've got a Motorola fliptop phone, which I got when I went with the Tracphone no-contract service, and it looks like a Star Trek communicator to me. And if I remember right, it was only $8!

But sooner or later I'm going to have to let nostalgia go and move into the modern world, especially since I've got a boss in Portugal who makes mobile websites and wants me to be able to scope them out on an actual smartphone here in the US.

Anyway, I've been bopping around the internet looking for resources to help people with cell phones, smart phones, carrier issues, all that good stuff, and I've found one at a site called Clear Talking.

A lot of their contributors are from overseas and it's interesting how tech works in places like Guatemala, etc. where you don't think of people having access to cell phone service.

So if you're trying to decide between an iPhone or an Android, or a tablet, why not check out those forums and see what they can offer you?

Posted by Barbara Peterson at 12:13 PM No comments:

A book review from:  http://seattletimes.com/html/books/2021613805_andreabarrettarchangelxml.html

These aren’t the usual focuses of literary fiction.

But in “Archangel” by National Book Award winner Andrea Barrett (“Ship Fever,” “The Voyage of the Narwhal”), they’re not only addressed but obliquely linked.

“Archangel” consists of five novellas, ranging in time from 1873 to 1939, that might all be described as historical science fiction — that is, historical fiction about science. Each mixes imaginary characters with figures (or scenarios) drawn closely from the historical record.

While the connections between one story and the next aren’t shouted out, they’re there. Curious, troubled 12-year-old Constantine Boyd, a witness to G.H. Curtiss’ early flight successes in upstate New York in 1908, becomes an outraged World War I soldier wondering why he’s stuck fighting the Bolsheviks in 1919 Russia, long after most of his fellow soldiers have gone home.

Another youngster, Sam Cornelius, is glimpsed as a supporting player in a story about his widowed mother, then reappears as a geneticist in a tale that takes the destruction of the Athenia, the first British ship to be sunk by the Nazis during World War II, as its starting point.

Read the full review at the link above.
Posted by Barbara Peterson at 12:50 AM No comments:

I've started a videozine to help people learn Scrabble words, and the first two issues are up at YouTube. I'm sharing them on my various blogs, starting here!

And their adventures continue in Issue 2:

Posted by Barbara Peterson at 9:17 AM No comments: