Martin H. Greenberg edited and organized so many collections and anthologies of science fiction, fantasy, mystery and other writing, he was sometimes called the Green Bay Packager.

Greenberg, a retired University of Wisconsin-Green Bay professor, died June 25 at age 70. While still teaching at the university, he began a sideline of editing anthologies and packaging books, working with some of the biggest names in popular fiction, including Isaac Asimov, Tom Clancy, Stephen King and Sue Grafton.

"He helped publish more than 2,500 books, including novels, anthologies, and nonfiction works," according to a statement in the obituary that his family published in the Green Bay Press Gazette.

In a 2001 article, the Journal Sentinel's Dave Tianen described the range of Greenberg's many entertaining fiction collections:

"The books Greenberg has published cover an enormous range of topics and interests. A sampling of titles includes 'Alien Pregnant By Elvis,' 'Election Day 2084: Science Fiction Stories About the Future of Politics,' 'Single White Vampire Seeks Same,' 'Weird Tales from Shakespeare' and 'Sherlock Holmes in Orbit'."

As anthologist and book packager, Greenberg might conceive the concept for a collection, seek stories that fit the concept, negotiate the necessary permissions with the authors and other rights holders, and see the book through to publication. He often worked with co-editors, some of whom were big-name writers in their fields. According to a Science Fiction and Fantasy Writers of America post, Greenberg and Asimov edited more than 120 anthologies together.

In his academic career, Greenberg was a political scientist with a specialty in terrorism and national security.

Surprisingly, for a guy who was involved in so many books it would take a supercomputer to compile his bibliography, Greenberg told Tianen he worried about coming up dry:

"I was always scared I'd run out of ideas. A lot of it is simply reading the news, trying to stay a little bit attuned to pop culture. My youngest daughter, Madeline (14 in 2001), tries to make her old father hip. She's a reader and she loves science fiction conventions."

"The most remarkable thing about Marty," writer and frequent collaborator Mike Resnick posted on Facebook, "is that he sold over 2,000 anthologies and packed some 700 novels without making a single enemy along the way."
Posted by Barbara Peterson at 10:18 AM No comments: 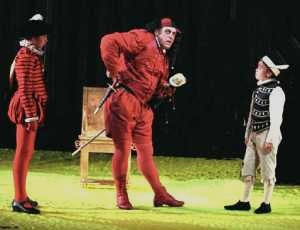 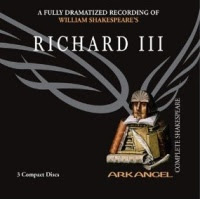 The audio version, which I have.

I recently acquired a 3-CD set of the RSC's production of Richard III from 1996, starring David Troughton as Richard III. (Unfortunately John Nettles, who played Buckingham in the stage version, is not on this audio version. However, the only reason why I got this version was because Charles Simpson is in it - playing the Earl of Richmond (Henry VII) - who was also a different actor in the stage version.)

David Troughton gives an excellent portrayal of RIII (as I call him) but what's so eerie is that he sounds exactly like his father, Patrick. If you didn't know it was David, you'd swear it was Patrick.
Posted by Barbara Peterson at 11:23 PM No comments:

InternationalBusinessTimes: James Cameron Helps Open New Avatar Exhibit in Seattle
A music and popular culture museum in Seattle is hoping to draw fans of the Oscar-winning film "Avatar" to its new exhibit. The showcase at the Experience Music Project and Science Fiction Museum and Hall of Fame opens on Saturday at noon, after a large opening event on Friday.

The exhibit, built by Microsoft co-founder Paul Allen, will explore how James Cameron brought Pandora and its inhabitants to the big screen with props and costumes as well as hands-on exploration of the creative process used to build the world in the science fiction movie.

The museum will be the first of its kind to showcase artwork and props from the blockbuster film. Visitors will be able to use several interactive displays and try a virtual camera to see how the motion capture filming of actors fits in with the virtual world created on computers.

Another interactive exhibit allows visitors to become an actor under the "direction" of Cameron, using motion capture technology. Participants can then post a copy of their video on YouTube.

EMP is open 10:00am to 7:00pm daily and is located in downtown Seattle. There is no extra charge for the Avatar showcase, and the museum's other exhibitions include the recently opened Nirvana: Taking Punk the Masses, Battlestar Galactica, and Jimi Hendrix: An evolution of Sound.

If you can't make it to Seattle, the Avatar exhibit is expected to travel throughout the United States, Canada, and beyond once its run at EMP ends late in 2012.
Posted by Barbara Peterson at 9:41 AM No comments: